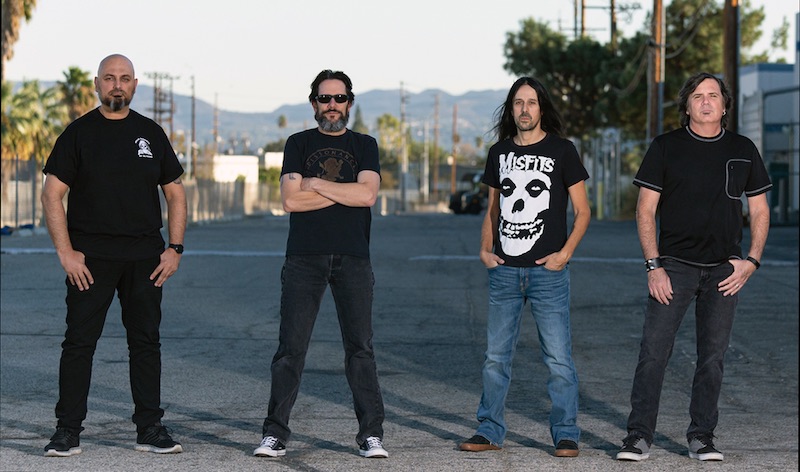 MINDWARS was the culmination of the desire to revitalize the sound of speed and thrash of old with the drive and energy of today. Mike Alvord (formerly of HOLY TERROR) and Roby Vitari (formerly of HEADCRASHER) met by chance in 1989 when HOLY TERROR was touring with EXODUS and NUCLEAR ASSAULT. The two reconnected in 2013 and MINDWARS was born. Danny ‘Z’ Pizzi joined the duo on bass and MINDWARS released three full-length albums, ‘THE ENEMY WITHIN’ (2104), ‘SWORN TO SECRECY’ (2016), and ‘DO UNTO OTHERS’ (2018). With Roby and Mike living in Southern California and Danny in Italy, they found it difficult to play live shows and write material. In early 2019, Rick Zaccaro stepped in on bass and Danny moved to his natural instrument, guitar. With a refreshed line up and a new album (‘THE FOURTH TURNING’) due in the Fall of 2020, MINDWARS have embarked on a path with a punishing sound sure to place MINDWARS in position to attack a new decade.